Why CRM is important Customer Relationship Management, also known as CRM is extremely important for small businesses. But what is CRM? In the most simplified words, a CRM systems assist in managing a business’s relationships and the data and information associated with them. You can use CRM tools to get more visibility and market towards a specific clientele and […] Buyers and Sellers Benefit from REALTOR® Expert in Short sales Philadelphia, 2/19/2012 — Michael P Cohen with Re/Max Access has earned the nationally recognized Short Sales and Foreclosure Resource certification. The National Association of REALTORS® offers the SFR certification to REALTORS® who want to help both buyers and sellers navigate these complicated transactions, as demand […]

Homes on the Rise Top Agent in the Country RE/MAX Tops List of Most Productive Agents Michael Cohen of Philadelphia Ranked Among Top 1,000 in U.S. PHILADELPHIA, July 1, 2013 – RE/MAX agents led the 2013 list of the top 1,000 real estate sales professionals in the U.S. as measured by the number of properties sold per agent. Published by The Wall Street Journal […] Short Sale Success on Main Street- 1.1 million in debt, The property had a 1st , 2nd a 3rd and a 4th position mortgage, IRS lien, 2 years of unpaid taxes, and a Divorce. It closed in less than 60 Days. The lawyers and the bankers said it could not be done. Hard work and […] I was in Las Vegas at the Zillow conference a few weeks ago and perhaps one of the greatest networking events I have attended this year. I met an Agent at a Speed Networking Event, (you get 3 minutes to exchange ideas with an Agent). I met100’s of Real Estate Agents from around the country, […]

Why I Sell the Lower End Market in Philadelphia I was at the RE/MAX Home office in Denver, CO earlier this year and I met an agent that said “I won’t list a home less than $500,000.” I told him I just signed a deal for $16,500. We are both top Realtors in our markets, but I achieved my status by working with customers […]

It’s Simple to Accomplish your Goals The President of the United States from 1970-1974 was Jimmy Carter who was a 1 term president. He became a great humanitarian after his term in office. Jimmy set out to eradicate the Guinea worm that affected 30 million people in rural Asia and Africa. In 2015, only 123 cases were reported Worldwide. This parasite […]

David Shneerson
Read More
Michael gave me an excellent and exceptional service in selling my property. It was not an easy sale, involving correcting city code violations, repairs to the property and more. Michael took care of everything and made sure the transaction will get completed to my satisfaction. I highly recommend Michael as a real estate broker!

Robert Plank
Read More
Had a distressed property in Darby that was ruined by squatters! Terrible situation, and I had all of the "Cash Offer" deal people calling me constantly offering way below market. I took an agreement that eventually fell thru and after listing with Michael, I ended up selling for about 20K more than the deal that fell thru! Michael is competent, returns calls and emails, and is very professional. I would definitely recommend Michael if you need a realtor.

Erik
Read More
I recently worked with Michael, where he represented me as the buyer for an investment property. Michael was very knowledgeable and experienced! He was able to give me a lot of insight as to the different options and routes I could take, after purchasing this investment property. He was always very responsive and always put me at ease with any question or concern I had. I look forward to working with Michael again soon!
Previous
Next
Write a review 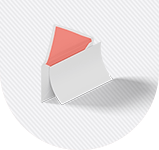